Snap isn't something that was "released" but like many other Canonical's offerings, it was actively shoved down upon users' throats. I remember the Amazon fiasco of 12.04 days when they tried to integrate Amazon advertising and data collection in the default distro, but the backlash was such that Canonical had to take it back. 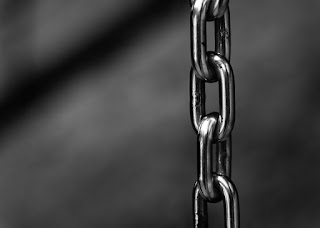 But this time, the backlash isn't so huge with Snap. Its partly because some developers seem be involved in this too, it looks like they are seeing some benefit in this approach. They seem to fall in love with the idea that they can push updates to a user's machine without their consent whenever they want!
Seriously, Snap is nothing but a walled garden project of Canonical, an insidious and covert attempt to create a Google Playstore like platform which they can control and become a gatekeeper for app distribution. Why else would they keep the source code proprietary? Canonical, of all people, should understand the importance of FOSS, them being the pioneers of one of the first fully open source linux distributions.
But such attempts aren't new in the FOSS world though, they've been happening since ages and will keep happening in future if we don't stay vigilant. As Richard Stallman's prophetic words echo through his blog:

This is exactly the direction where Canonical is heading towards with Snap. Its a pity that Android platform already took that route with Google Play Store and we let them do that without any backlash. We also failed to give the FOSS equivalents of Play Store like FDroid any love or even adoption, this would have forced Google to reconsider their walled-garden approach towards Play Store and perhaps prodded them towards being more FOSS friendly.
But now, Desktop Linux is the last safe haven where some semblance of libre culture and a dedication towards open source exists and projects like Snap are threatening to remove that safe haven too. Its the right and duty of every FOSS enthusiast to vehemently oppose Snap and similar projects (Snap's other cousin called Flatpak is being touted as better candidate due to it's source code being open but that's quite deceiving. Even with flatpak, the "developer controls user" problem is still there due to the "app store" platformization approach).
Having said that, I'm glad that some sane voices are also being raised against Snap. For example, the Linux Gamer (Gardiner Bryant) explains in this YouTube video how Canonical is on the path of becoming a walled garden because of Snap. On a similar note, there has been some serious backlash against Snaps in the linux mint forums, and I'm glad that the Mint team did stand up to Canonical and did the 20.04 release without including the snap package in it!
Perhaps Linux Mint's approach is what other distros also need to take, they shouldn't take these platform building efforts lightly and be vigilant about them. One way of showing support to this move is to switch from Ubuntu to Linux Mint distro (I've already done it!). That way, Canonical might understand that trying to bring such unhealthy approaches in the FOSS ecosystem can have nasty consequences.