Let's face it, free speech is no longer free on the internet today. At least not in those places where most of the speech flows and this includes social media platforms like twitter, facebook and reddit. There was an era when you could freely speak your mind about any topic using things like bulletin boards and IRC without constantly worrying about a moderator coming out of nowhere and suspending you but those mediums have gone today.

Instead, we have handed the keys to the Internet kingdom to these social media companies who possess the power to censor and remove any speech they don't like on their platforms. Based on their whims, they can not only remove an "offensive" tweet or post but also suspend the whole account of the person who's speech they cannot digest. And what determines these whims? Its either about their favorite ideology or the money they receive from lobbyists or both. 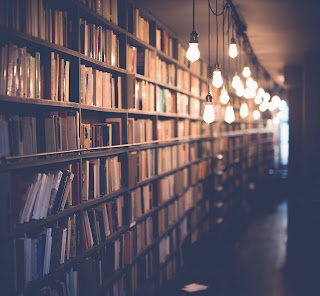 So, what is the solution to this problem? One way is to use those few platforms where censorship hasn't reached yet such as 4chan, voat and gab but you'll also have to face the heavy verbal abuse and swearing which goes on on these platforms in the absence of any moderation. Unfortunately, there is no platform today where moderation exists to remove verbal abuse and swearing but they still remain impartial and won't kill politically opposing speech in the name of moderation. Such a platform simply doensn't exist!

Some attempts have been made to create such decentralized systems, most notable examples are GNU-Social and Mastodon but they haven't been successful so far. GNU has a sort of political ideology of their own, so I doubt speech will remain free on GNU social if the platform is decentralized. Mastodon worked initially for some time until most popular instances were taken over by those admins who are willing to censor free speech, thus defeating the whole purpose of creating Mastodon in the first place!

I think the last and only remaining stand if anyone has against censorship today then it is the blogosphere. Its not a perfect solution to the problem but right now, it is the best we have got, and we should use it more and more. The more technically savvy among us can book their own domain and host a wordpress blog, the less savvy can use services like blogger and tumblr (granted that these platforms are able to censor stuff too but they don't seem as inclined to do so at least for now).

The biggest advantage of a blog is that you are your own admin or moderator, nobody can censor you. And yet, if someone writes a hateful comment on your post, you being the moderator can remove it. Thus you can get the freedom to speak your mind and also freedom from verbal abuse thrown at you.

Popular platforms like twitter, facebook, reddit and quora should understand that they exist because of the people who write content and voice opinions on their platforms, without them they are nothing. Censoring users based on pressure from lobbyists is only going to work in the short term but in the long term, its only going to kill your platform.

If you feel that you were censored wrongly just for voicing your opinion and want to show the middle finger to those who "de-platformed" you, then go ahead and start blogging today, go ahead and start voicing your opinion! Your opinion and expression is exactly what you are as a human being and if that gets suppressed, the world will soon be filled with complying zombies, there will be no "humanness" left in humans anymore. Hence, it is most urgent and important that we do this.

"The enemy is fear. We think it is hate; but, it is fear." - Mahatma Gandhi